By AlbertDecember 22, 2021No Comments3 Mins Read 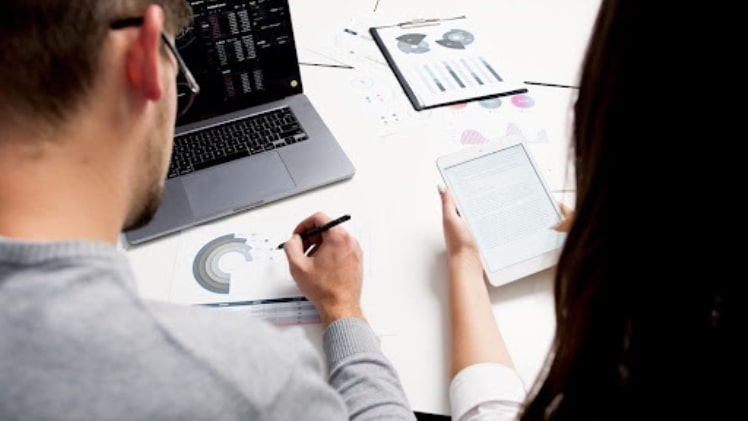 MACD (moving average convergence and divergence) is a technical analysis trading indicator that is used to highlight changes in the strength, direction, momentum, and length of a trend in a stock’s price. The MACD meter is made up of three-time series that are produced using past price data, most commonly the closing price. The MACD series itself, the “signal” or “average” series, and the “divergence” series, which is the difference of two or the three series. The MACD series is the difference between the price series slow and fast exponential moving averages. The MACD series’ average series is an EMA.

The MACD line is the outcome of the computation. The “signal line”, is then placed above the MACD line, that can work as a trigger for sell and buy signals. When and if that happens that MACD passes its signal line, traders can purchase the asset, and likewise when the MACD does not pass the signal line, they can sell (or short) the security. Moving average convergence divergence indications can be understood in a variety of ways, although crossings, divergences, and quick rises/falls are the most popular.

A fast EMA reacts to recent price fluctuations in a stock faster than a slow EMA. The MACD series can detect changes in a stock’s trend by comparing EMAs from various periods. The divergence series is said to be able to detect small alterations in the stock’s trend. The MACD is a sluggish lagging indicator since it is based on moving averages. The MACD is less effective as a prospective gauge of price trends for equities that are not moving (trading in a range) or trading with unexpected price action. As a result, by the time MACD reveals the trend, it will have already been finished or nearly completed.

After reading this article, now you know what is MACD, however, In the end, if you still do not understand or have any kind of questions then it is best to ask a professional of this field who is willing to help you.