An Overview about the Economy of Australia

Australia is one of the highest developed countries in the world, with a magnificent market economy. In 2021, nominal Gross Domestic Product (GDP) crowned Australia the 13th largest national economy. The 20th largest goods importer, Australia, also holds the record for the longest run of uninterrupted GDP growth in today’s world. As of 2021, the country’s GDP was approximate $1.98 trillion.

An Overview of Australia’s Economy 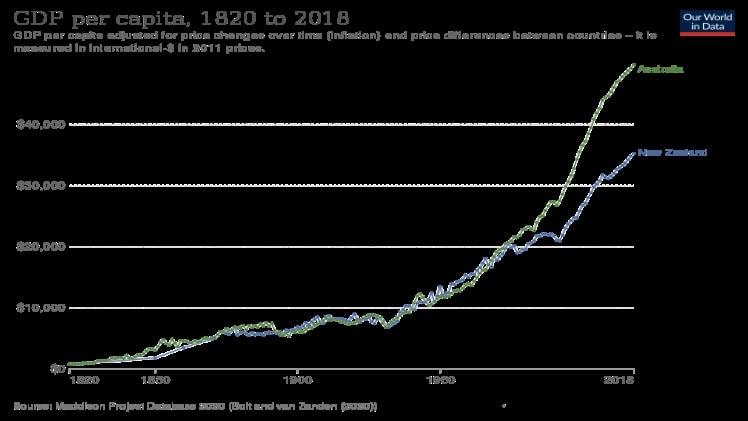 In the 20th century, the Australian economy developed rapidly and became prosperous across the globe. The country is characterized by plenty of resources and mainly a primary sector-oriented economy. Since the European settlement in 1788, livestock, grains, coal, and processed metals have been the centerpiece of economic growth, and still, continue to play a significant role in export revenue.

In 1998, Australia’s GDP per capita was about $17,575, and after that time, the country’s GDP only went higher and ranked 17th in a total of 191 countries. Let’s have a look at some of the factors that greatly influence the economy of Australia. 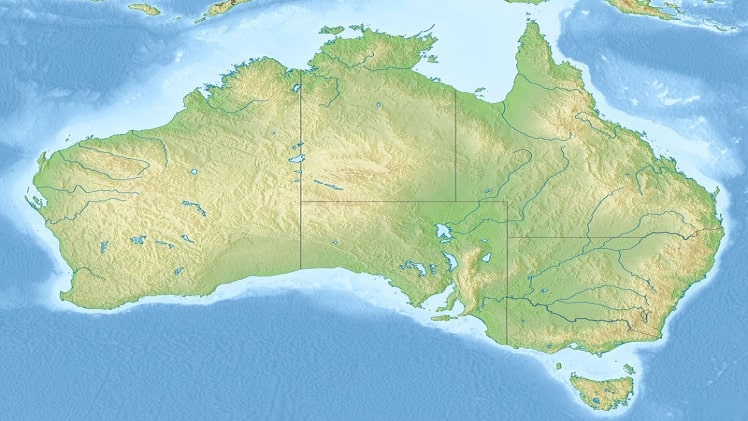 Australia’s topography and geographic position have had a significant impact on its economy. The country is far away from many of the world’s most populous markets. Except for New Zealand, most of its immediate neighbors are developing countries. The Australian continent is mostly dry and consists of poor soils that limit the agricultural potential, which in turn, requires the country to import water and fertilizers.

Most interior parts of the country, the outback, are unsuitable for agriculture and only allow limited cattle grazing. Being a flat continent, small mountain ranges of the country that are low in elevation, primarily run north-south at the eastern edge of Australia. Generally, the obstacles to the road and railroad building are the distances between resources and population centers.

Australia’s economy largely depends on trade. Traditionally, the country exports most of its raw materials to its former colonial leaders, including Great Britain and many other European countries. However, when Great Britain joined European Union, the trade between Australia and Great Britain declined. Resultantly, Australia made amends by exporting to some of the major markets in Asia, such as Japan and Southeast Asia.

Japan was a major importer of the minerals and agricultural products of Australia. In 1990, when most Asian counties were hit by the financial crisis, Australia expanded its export channels to the United States and Europe, while still maintaining the high-quality trade with Asia. 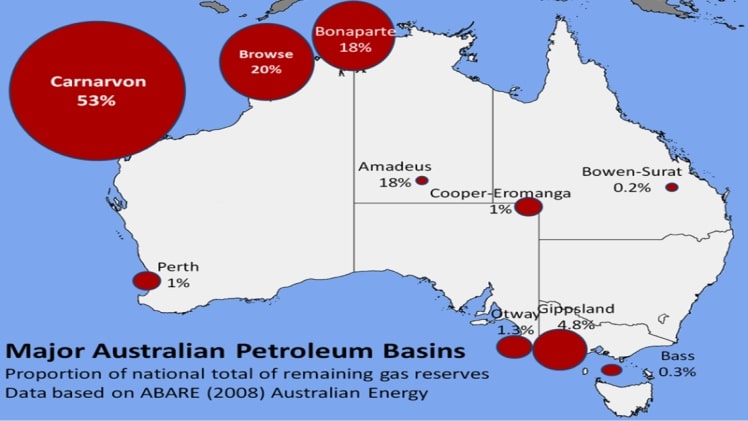 From the discovery of the gold rush in the 1840s to the present day, mining has significantly contributed to the growth of Australia’s economy. Many underlying opportunities for major profits in mining and pastoralism attracted significant amounts of the British capital.

Additionally, several outlays of the British government supported the expansion by providing transport, urban infrastructures, and communication expansion. In 1840, when convict transportation to the eastern mainland ended, large-scale immigration filled in the growing need for workers. All of this was possible because the economy of Australia was expanding.

The successful mining operations of Australia secured the country a continued economic growth. During the 1960-the 70s, Western Australia largely benefited from mining gold and iron ore, which gave rise to consumerism and suburbanization in the many regional centers and the most populous city of Western Australia, Perth.

Australia’s major dependence on agricultural and mineral exports, and not so big size of the country’s economy means that it’s exposed to many possible fluctuations in world commodity prices.

However, since Australia contains a diversity of minerals and agricultural products, prices are always fluctuating i.e. when some commodity prices are low, others are likely to be high, protecting the country from destructive shocks. Although Australia is quite self-sufficient in most of its resources, including minerals and food, oil is still scarce, and to fulfill its needs, 20 percent of it is imported.

In the 1990s, the Australian government focused on the privatization of governmental institutions. These companies and institutions included the national telephone company, Telstra, the national airline, Qantas, and many other companies/organizations, that were sold to the public. With fewer rules and regulations on business, the Australian government actively perused a more open-market approach to its economy.

The external debt of Australia has been seeing some irregular ups and down in the past few years. Compared to $197.5 billion in the previous quarter, right now, the country’s external debt is estimated at $222 billion. In 2000, the debt approximately went up to 3.3 percent of the GDP.

For hosting the Summer Olympic Games 2000, Australia witnessed a significant rise in external debt. However, the country decided to bounce back up and its debt has been declining as a significant percentage of both value of GDP and exports. As Australia is a large enough country to make interest payments without any problems, the debt servicing has little effect on the overall performance of the economy.

Australia is a major contributor to the global aid programs, but most of the aid is diverted toward the Asia-Pacific region. The country makes a hefty contribution of $1.43 billion overseas every year, and a major proportion of this goes to Australia’s nearest neighbor and its former colony, Papua New Guinea. Resultantly, Australia is considered a safe investment target for both overseas and domestic corporations. The small, medium and large companies are mixed and interlinked, similar to that of Great Britain and the United States.

Australia is rightfully claimed as the trade and investment base for many international organizations doing business with Asia. Its trade agreements facilitate the smooth flow of services, goods, and investments with some of the major economies across Europe, Asia, and North America. Australia promotes and holds an open trading economy, where, 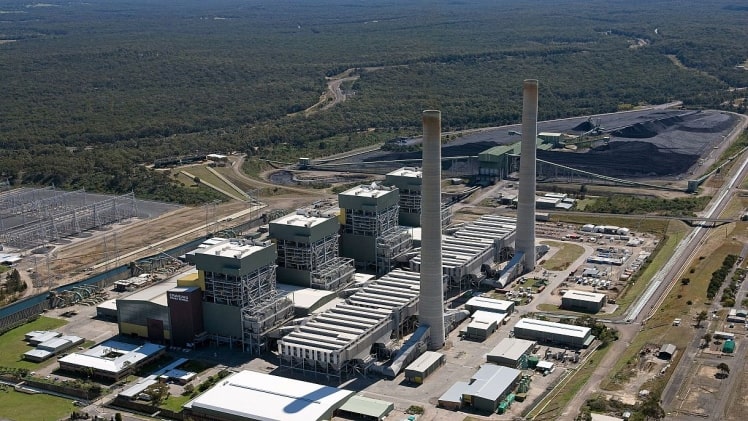 Being one of the richest countries in North America, Australia’s economy has been witnessing a significant rise for the past few years. Despite some fluctuations, the country managed to secure its economy. That’s why, according to the Federation of Indian Chambers of Commerce & Industry’s (FICCI), Economic Outlook Survey of 2022, the country’s GDP is expected to reach more heights and grow by 7.4 percent in the current financial year 2022-23. This makes Australia the safest investment target and the best place to settle in and live your life with the highest standards of living!

Elijah Norton A Strong Leader Is Crucial To Business Success

How To Start Online Business and Find Success: 6 Simple Steps!

What Does Net Metering Mean?

If you are thinking about going solar, you may be wondering what is in...

PC gaming refers to playing video games on a personal computer as opposed to...

Elijah Norton A Strong Leader Is Crucial To Business...

Millions of businesses are started every year, but only a small fraction survive the...